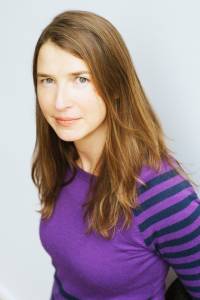 Cammy Brothers specializes in Italian Renaissance and Mediterranean art and architecture.  She is an Associate Professor at Northeastern University, where she holds a joint appointment in Architecture and in Art & Design.  She joined Northeastern in 2016 from the University of Virginia, where she held the Valmarana Chair and was Director of the Venice Program.

Her first book, Michelangelo, Drawing, and the Invention of Architecture (Yale University Press, 2008; recipient of the Morey Prize from the College Art Association and the Hitchcock Prize from the Society of Architectural Historians) argues that Michelangelo’s architectural drawings are best understood in terms of his experience as a painter and sculptor. It explores the idea of drawing as a mode of thinking and reconstructs the process by which Michelangelo arrived at new ideas.

In 2011, she was the co-curator of an exhibition at the University of Virginia Museum of Art and the co-editor of its catalogue, Variety, Archaeology and Ornament: Renaissance Architectural Prints from Column to Cornice (University of Virginia Art Museums, 2011). Her scholarly essays consider topics ranging from the reception of Islamic Spain to Raphael and the antique to theories of imitation in Renaissance literature and architecture. In addition to her scholarly work, she is a regular critic for The Wall Street Journal, primarily reviewing exhibitions of Italian Renaissance art. Other critical writing and interviews have appeared in Aggregate, Public Books, The Boston Globe and The Iowa Review.  She has been the recipient of fellowships from The Fulbright Program, The American Academy in Rome, Dumbarton Oaks, Villa I Tatti, the Canadian Centre for Architecture, the Center for the Advanced Study of the Visual Arts and the Italian Academy of Columbia University. In 2018, she was Visiting Associate Professor at Harvard University in the Department of the History of Art and Architecture.

Her second book, Giuliano da Sangallo and the Ruins of Rome, is forthcoming from Princeton University Press in 2020.  Her book reconsiders the moment at which artists and architects of the fifteenth and sixteenth centuries first turned to the study of the antique, demonstrating that all the major questions about how to respond to the quantity and variety of Roman monuments were still open.  She has a third book project under way, The Architectural Legacy of Islamic Spain, which focuses on the cities of Granada and Seville in the aftermath of the reconquest.